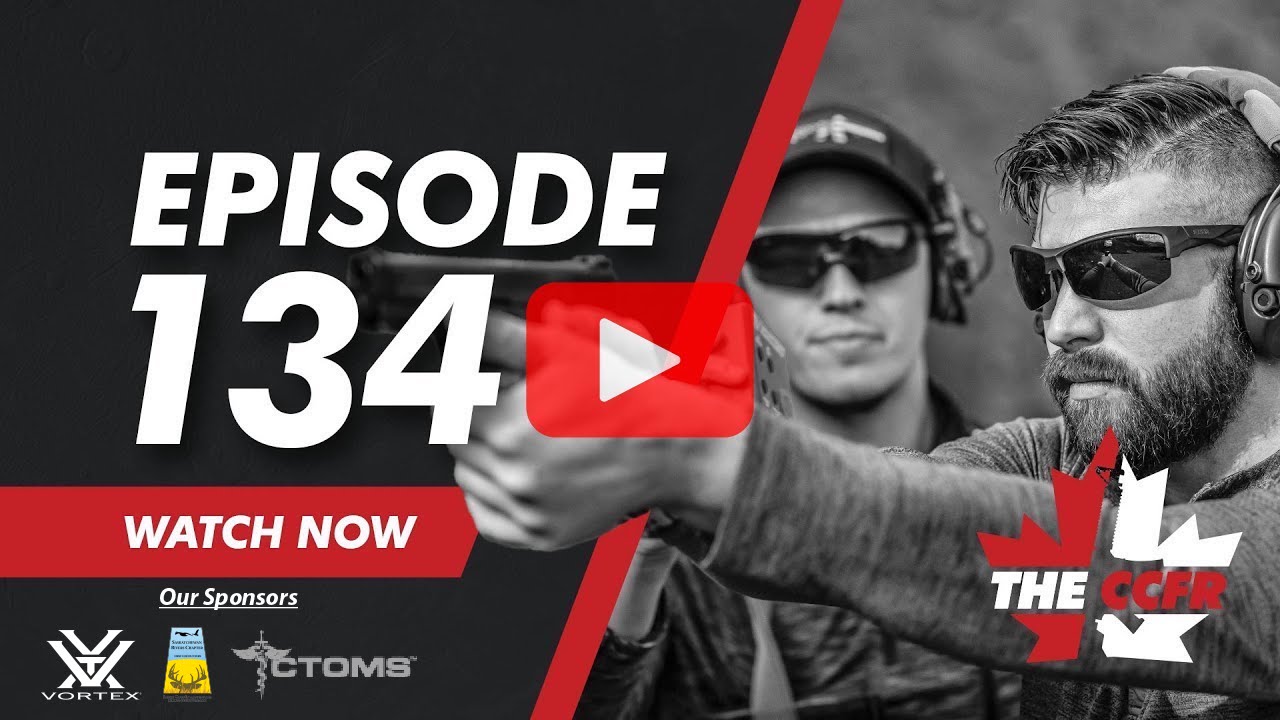 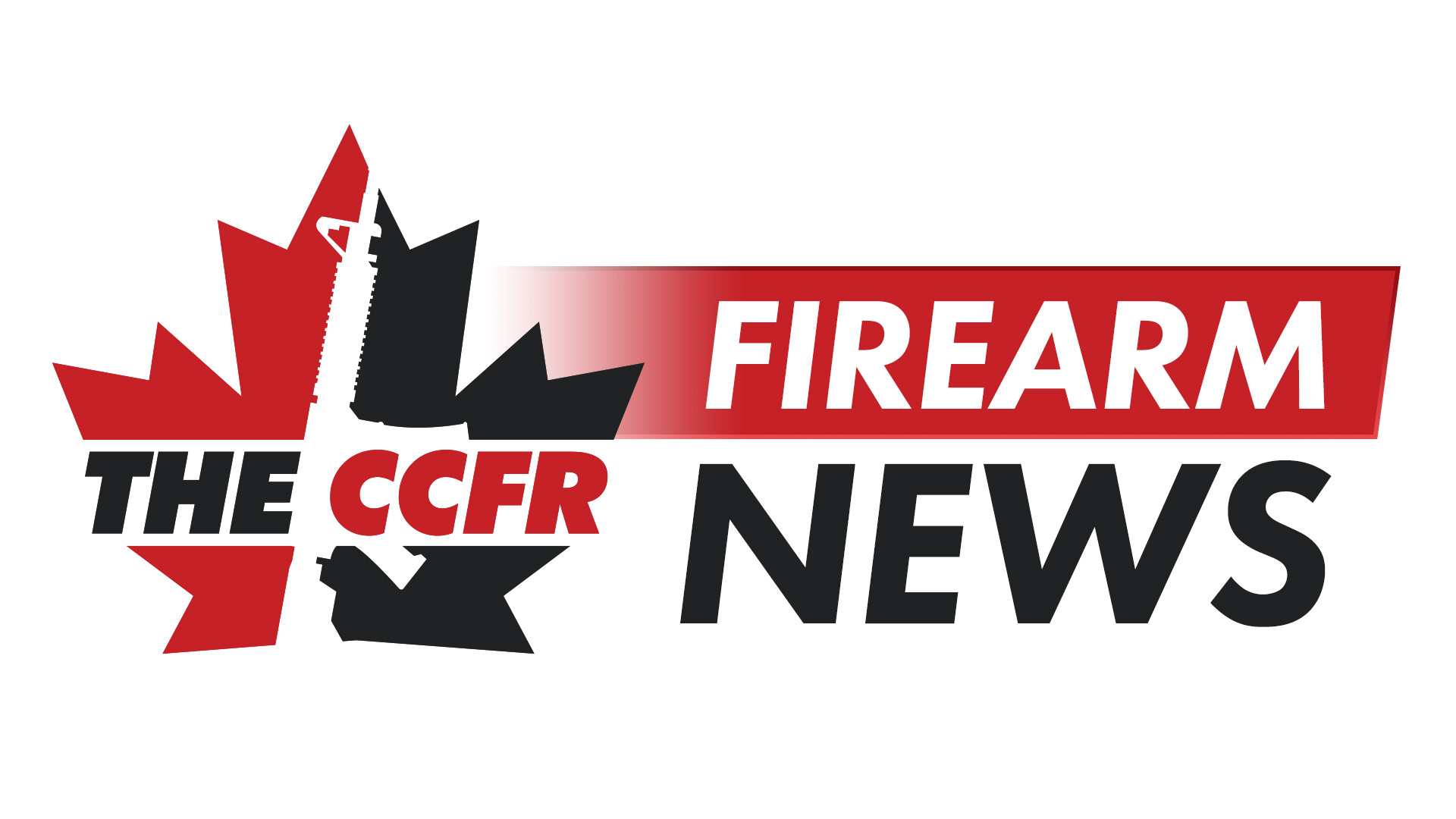 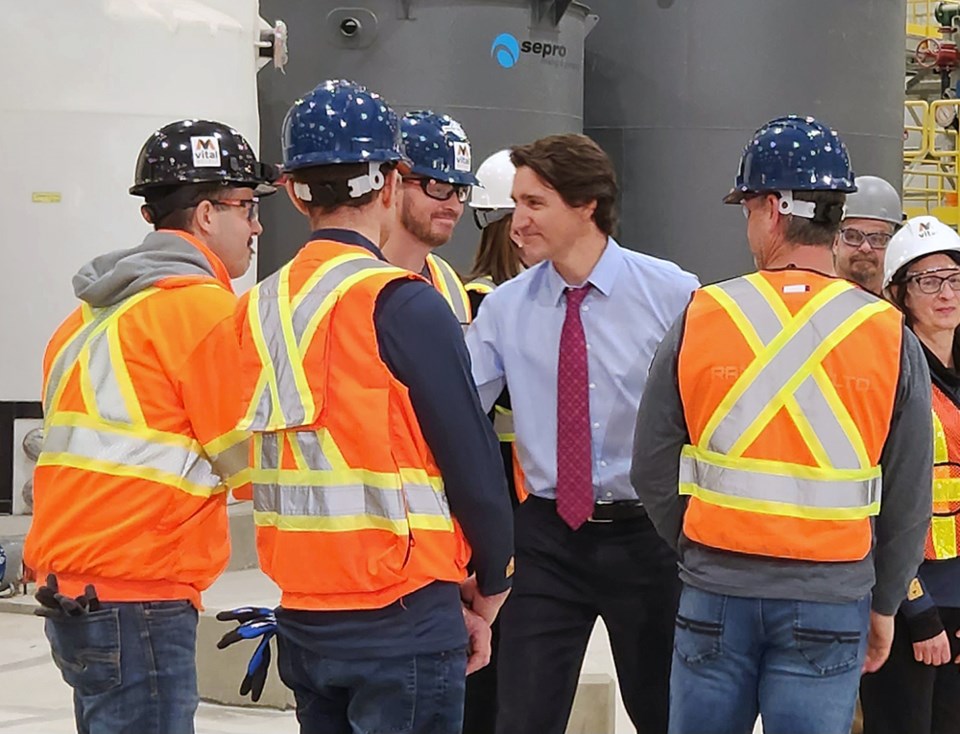 Prime Minister Justin Trudeau remained firm on the amendments made by the Liberal-led government banning handguns and other firearms, including those used for hunting during his visit to Sasktoon on Monday.

He said people have the right to defend and protect themselves, hunt and fish, but munitions deemed too dangerous must not be allowed in the country.

“As we've said, for a long time, there is no place for assault-style weapons designed to kill as many people as possible [and] as rapidly as possible anywhere in this country,” said Trudeau.

“We understand and respectably defend people's rights to hunt, fish, and protect, and you know, for farmers who are protecting their properties. But the reality is, some guns are too dangerous and shouldn't be anywhere in Canada.”

He added that the federal government is moving forward despite some sectors raising concerns about the bill and how it was rolled out.

“We're working with Canadians across the country with various organizations and groups to make sure that people understand that we're not going after [the] people's right to hunt, particularly non-Indigenous peoples, but we are ensuring that our communities are as safe as possible moving forward,” Trudeau said.

Did Trudeau acknowledge the right to protect life with a firearm in Canada? 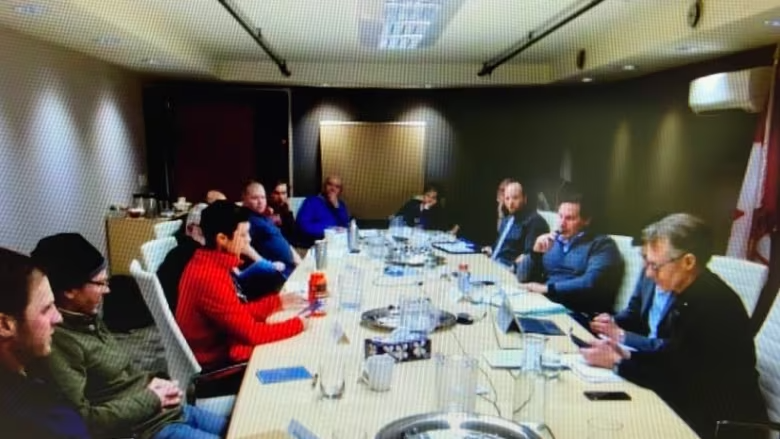 Liberal MP Brendan Hanley hosted a roundtable with Yukoners on Thursday evening to discuss Bill C-21 and proposed amendments that could see long guns, such as rifles and shotguns, banned in Canada.

The roundtable was the first of two Hanley promised to hold after an outcry from people unhappy that the bill originally intended to ban handguns has been modified to include some long guns.

Canada's minister of public safety Marco Mendicino was in Whitehorse to attend the meeting in person. Fifteen Yukoners were also invited to attend in person while many more watched via Zoom.

One thing was made very clear by each of the people who were there to share their thoughts: none of them agree with the proposed amendments.

In attendance were trappers, hunters, sport shooters, and gun collectors.

"I came to Yukon in 1966 as a very young constable in the RCMP," Klassen said. "I worked as a game guardian and a wildlife technician ... and in those three roles I carried a sidearm."

Klassen went on to share his long history using and collecting firearms. He said that some of the guns in his collection would be banned if the proposed amendments are passed — something he was not happy about.

"I intend no offence, Minister Mendicino, but I can't agree with your description of the laws," he said. "I've obeyed the law. I've enforced the laws as a former deputy minister at the Yukon Government. And I recognize a bad law when I see it.

"And so I'm saying that I will purposely indulge in civil disobedience. I will not surrender my Parker shotgun, my Weatherby rifle or my Ruger." 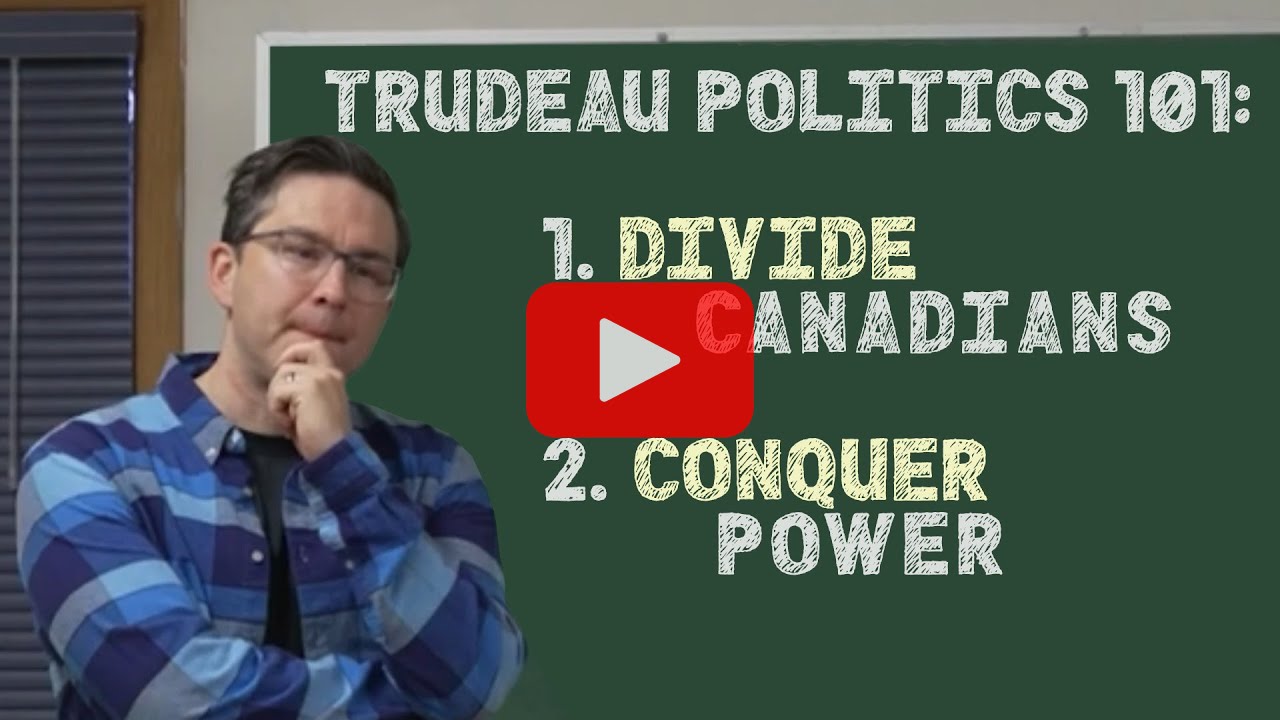 Watch Conservative Leader Pierre Poilievre speak to hunters and sport shooters about why the Liberals continue to go after law-abiding firearms owners not out of ignorance, but with intentionality.

It's the oldest political move in the book: divide and conquer. 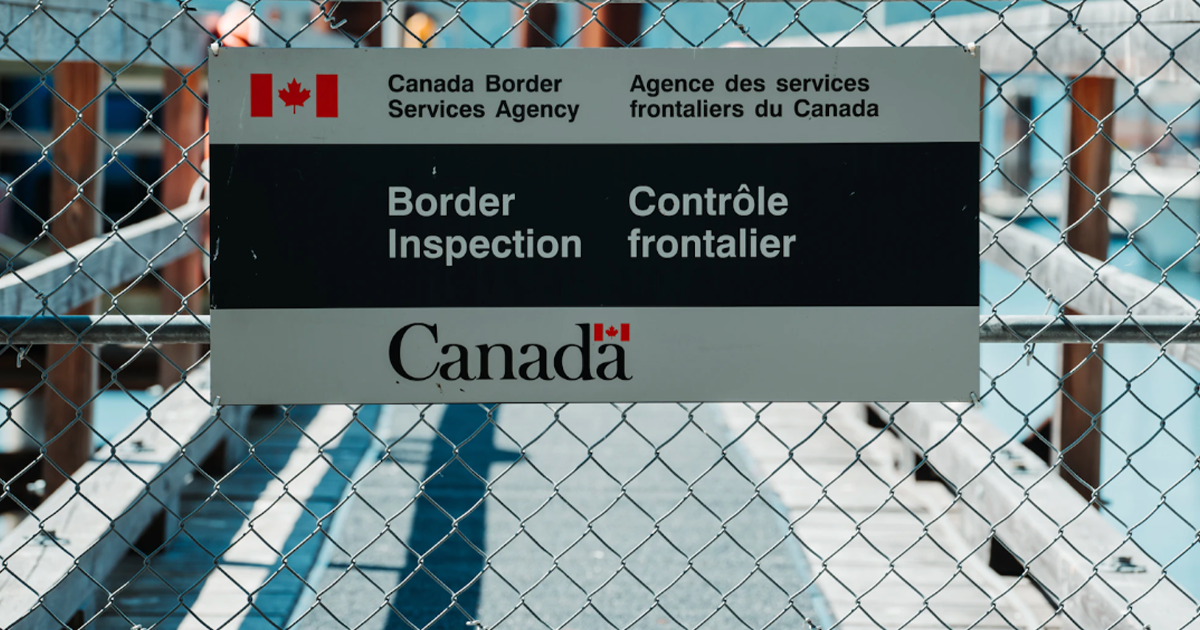 Minister of Public Safety Marco Mendicino was joined by media members on Tuesday morning to witness a collection of seized firearms at a border crossing in Ontario.

Canada Border Services Agency (CBSA) officers toured Mendicino through the Blue Water Bridge crossing, which links the Ontario town of Sarnia with Michigan. The tour displayed a table of captured guns, a handheld device for scanning packages, and a drug-sniffing dog named Smoke.

The event at Blue Water Bridge comes amid ongoing criticism the Liberal government is facing for its strategy to stop gun violence in Canada.

Toronto Police Chief Myron Demkiw testified in February, back when he was acting deputy chief, that the policy, which aims to buy-back firearms from licensed civilians, would fail to target the biggest source of crime in Toronto.

“The City of Toronto’s experience is that guns are not from law abiding citizens that are being used in crime. They’re guns being smuggled from the United States. Those engaged in handling those firearms are not law abiding, licensed gun owners; they are criminals with no firearms license,” he said.

“Eighty percent of the gun violence we [witness is] committed with illegal firearms smuggled in from the USA,” he said. 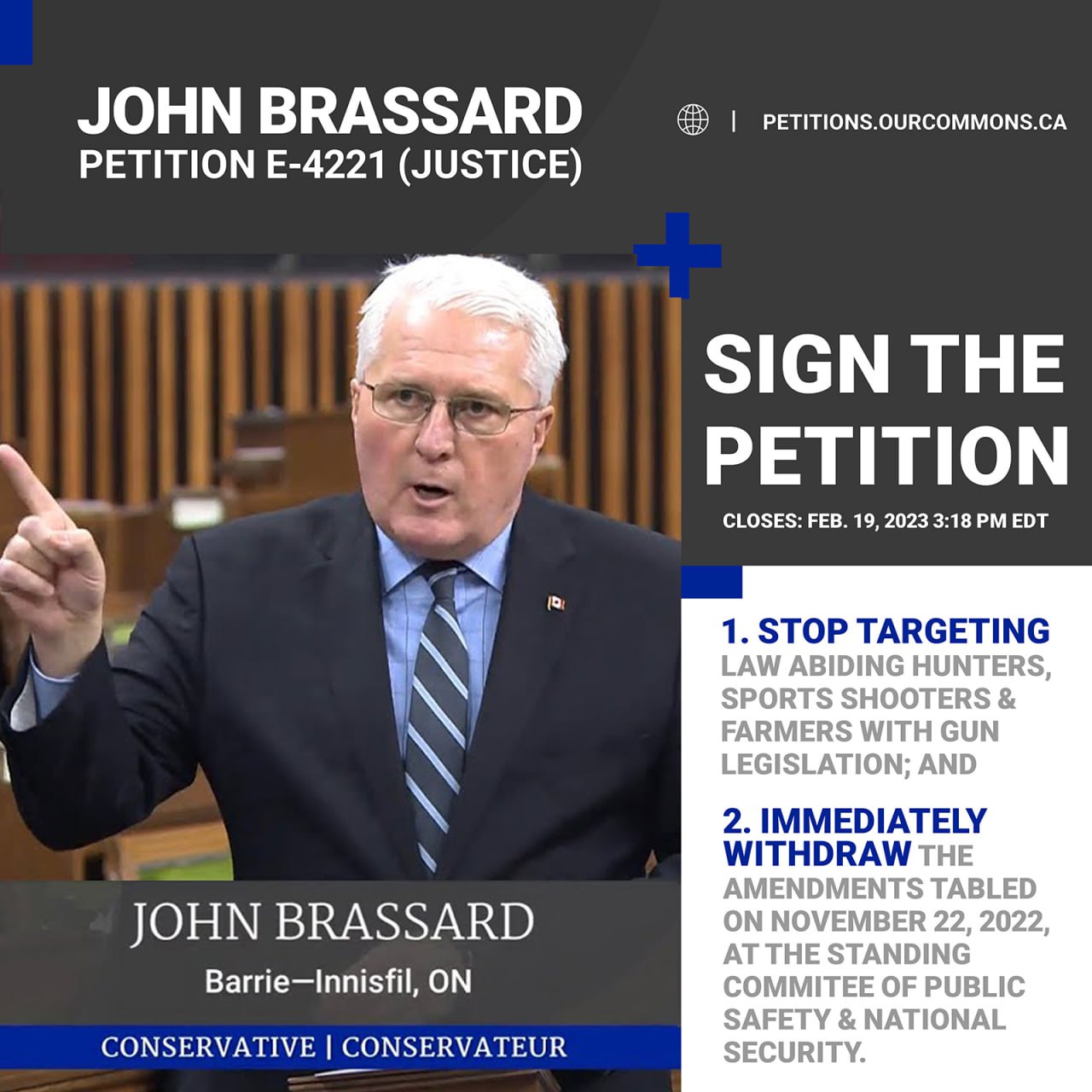 This petition closes in less than a month. Please don't delay signing.

Three versions of the valid PAL cards will be in circulation over the next five years as the Canadian Firearms Program transitions to the new PAL card:

If you already have a valid PAL card, no action is required on your part at this time; your existing PAL card will remain valid until it expires. New PAL cards will be issued on renewal.

The premiers from all 13 provinces and territories signed a letter to Prime Minister Justin Trudeau, dated Friday, that says the time for action is now and “our heroic first responders cannot wait.”

The letter, which originated in Ontario Premier Doug Ford’s office, comes amid growing calls for reform after the late December killing of 28-year-old Const. Greg Pierzchala, a member of the Ontario Provincial Police.

Court documents show that one of the two people facing a first-degree murder charge in his death, Randall McKenzie, had been initially denied bail in a separate case involving assault and weapons charges but was released after a review.

The documents show a warrant had been issued for McKenzie’s arrest after he didn’t show up for a court date in August.

The letter from premiers notes a growing number of calls for changes to prevent accused people who are out on bail from committing further criminal acts.

“The justice system fundamentally needs to keep anyone who poses a threat to public safety off the streets,” it reads.

“And this starts with meaningful changes to the Criminal Code, an area solely within the federal government’s jurisdiction.”

The letter notes that the matter was “the subject of an intense discussion” at an October meeting of justice and public safety ministers from across the country, held in Nova Scotia.

“This meeting led to a clear and unified call to action for the federal government to reform Canada’s bail system,” it says.

Federal Conservative leader Pierre Poilievre said in late December that Trudeau’s government should “reverse its catch and release bail policy,” referring to a law the Liberals passed in 2019 that updated bail provisions in the Criminal Code. Guns and Crime: Fact Versus Fiction

Once again, the firearms debate is making headlines. The reason for this is simple: when the Liberals need to change the narrative on their failures, including the rising crime rates Canadians are facing, they resort to a tried-and-true wedge issue—attacking law-abiding firearms owners.

Contrary to Justin Trudeau’s current position, he was quoted as saying in 2015, “the long gun registry, as it was, was a failure and I’m not going to resuscitate that” and “I respect gun culture.” The Prime Minister knows full well that law-abiding citizens respect firearms and the responsible use of firearms is a part of our culture. This is as true in rural Alberta as it is in rural Quebec.  This is also true of a surprising number of folks in urban centres, who also responsibly own and use firearms.

Shortly after Trudeau’s second election, and then especially in his third, he changed his tune and took advantage of tragedies to further his political aims. The votes he believed he needed to win took priority over cogent public safety legislation which would have protected Canadians and respected the rights of firearms owners who obey the law. The Liberals have underestimated the negative impact of their crusade against law-abiding firearms owners, as indicated by the growing number of backbench Liberal MPs and their coalition partners in the NDP who are opposed to their actions (including some saying so publicly). 3D-printed 'ghost' gun seizures on the rise in Calgary

The number of 3D-printed “ghost” guns seized by Calgary police officers rose drastically last year, after years of marginal seizures in the city.

Calgary police seized one 3D-printed gun in each of 2020 and 2021. Last year, the department seized 17 off the streets of Alberta’s largest city. Acting Staff Sgt. Ben Lawson, with the Calgary Police Service firearm investigative unit, said his team had been hearing for years that such weapons were part of the local crime scene, but didn’t see a large increase in their presence until last year after it conducted at least two investigations specifically targeting the ghost guns.

“We started to see a little bit of an increase in them, plus we also, as far as the firearms investigative team, had a couple of investigations that targeted these specific types of manufacturing investigations,” said Lawson. “With those two items, 2022 definitely saw a huge rise in the number of 3D-printed firearms.”

Ghost guns are becoming increasingly easier to create. Lawson said plans and instructions can be readily found online after previously finding a home on the dark web. From there, someone looking to create the guns would only need a 3D printer — with some selling for as low as $300 — and the plastic material the firearms are made with.

This process creates the body of a firearm, without a serial number, that can then be completed with professionally manufactured firearm parts, including triggers, magazines, barrels and stocks. Creating 3D-printed firearms is illegal in Canada — the criminal code states the manufacturing of firearms without proper licences is prohibited. 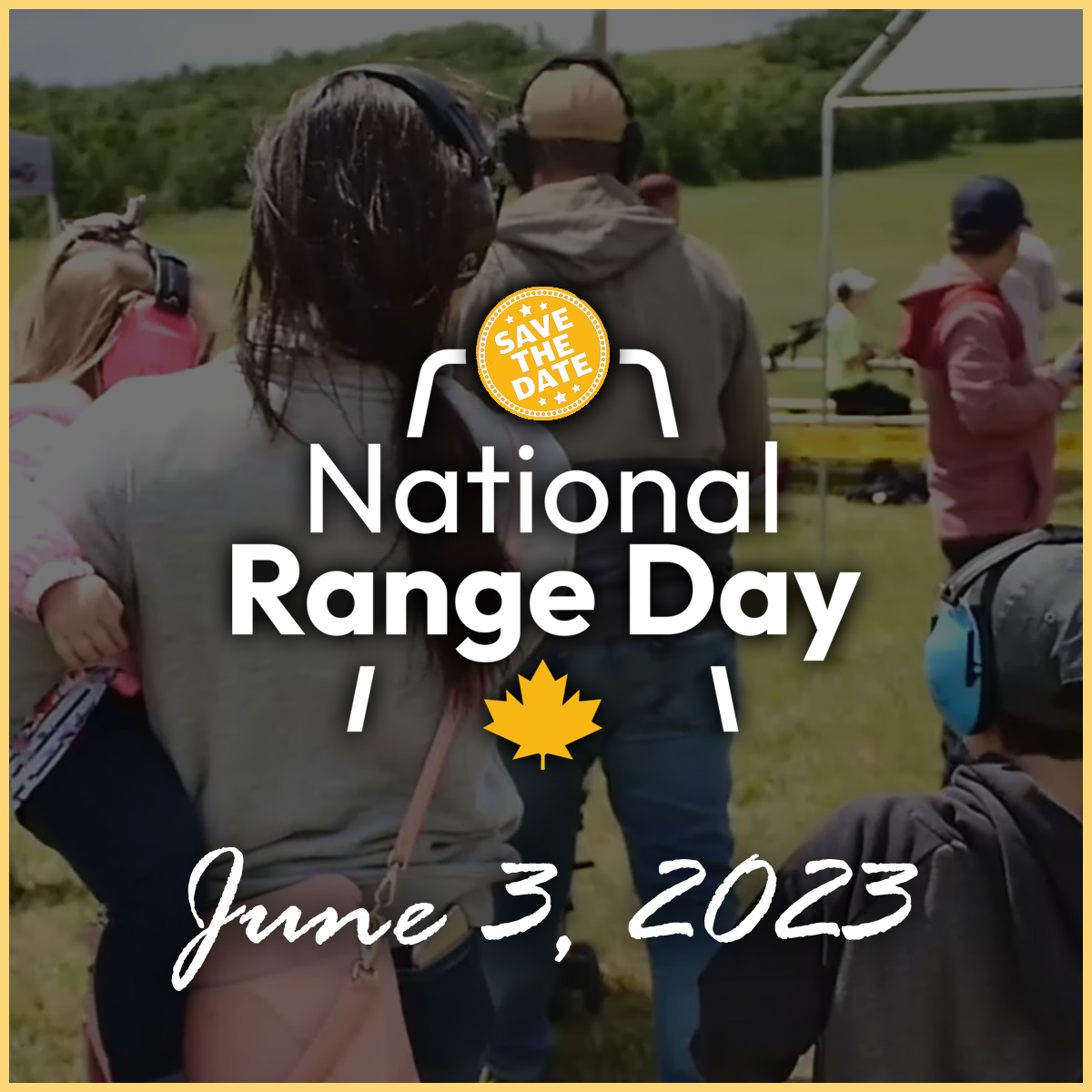 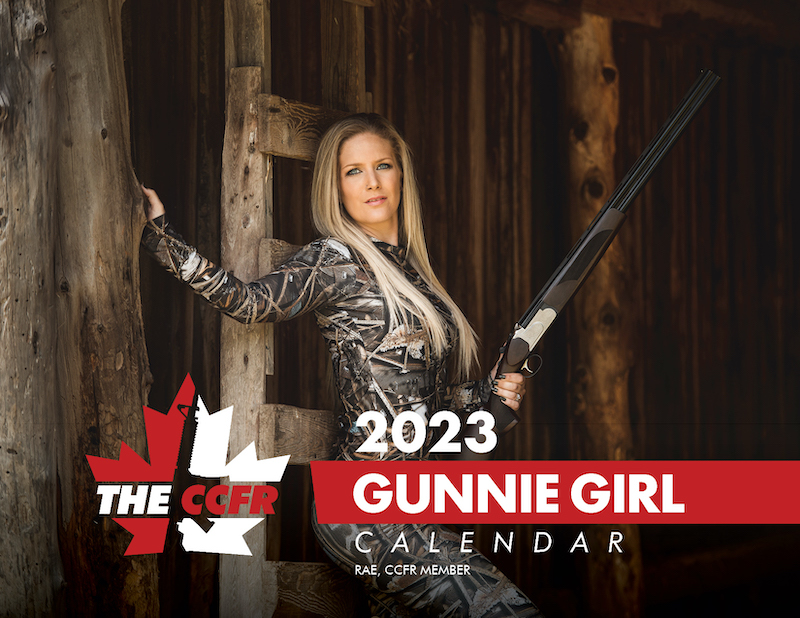 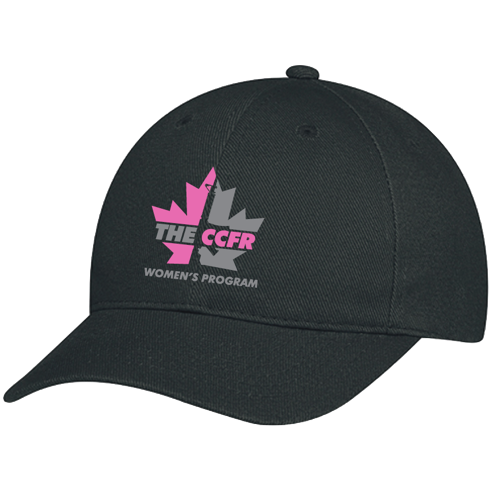 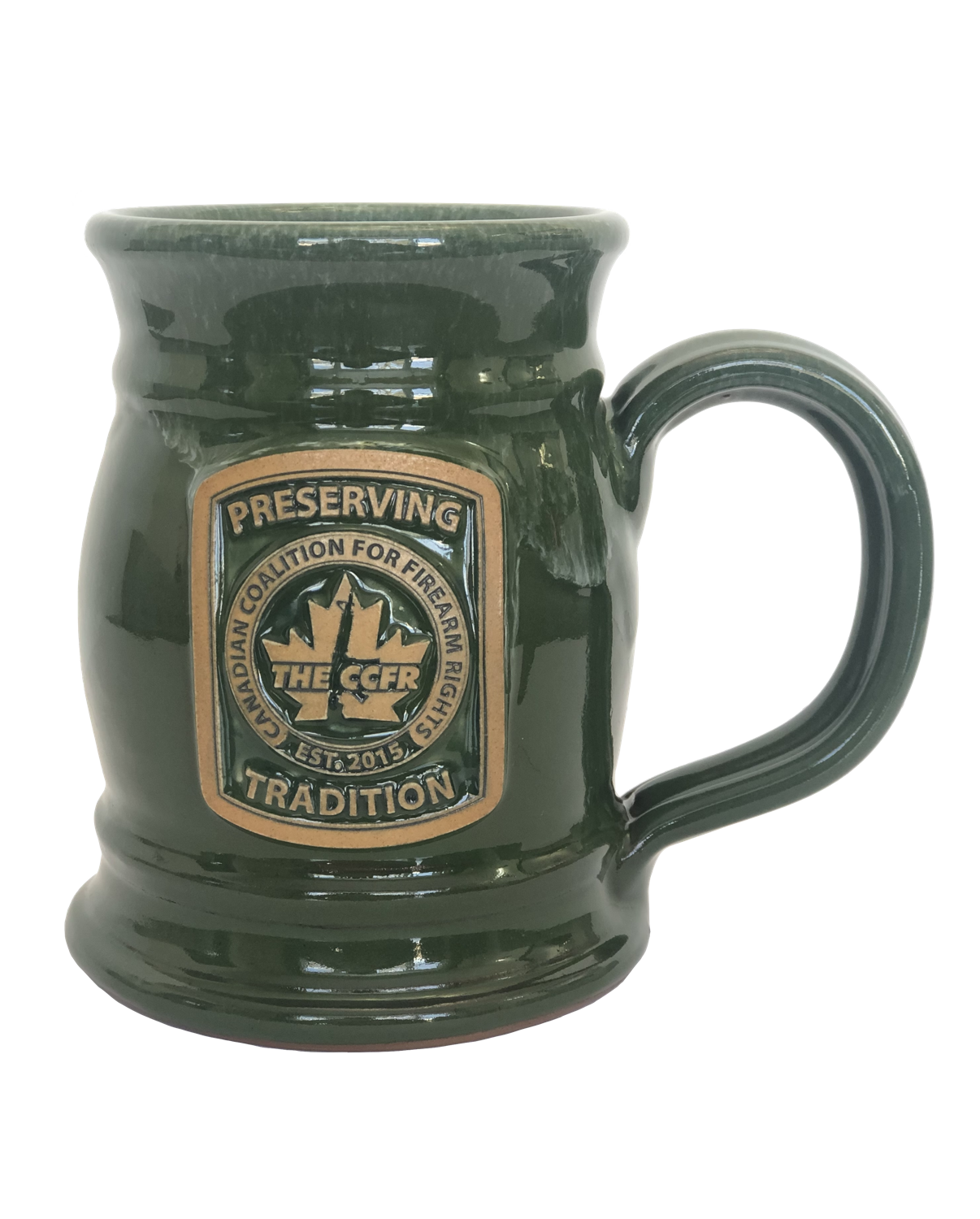 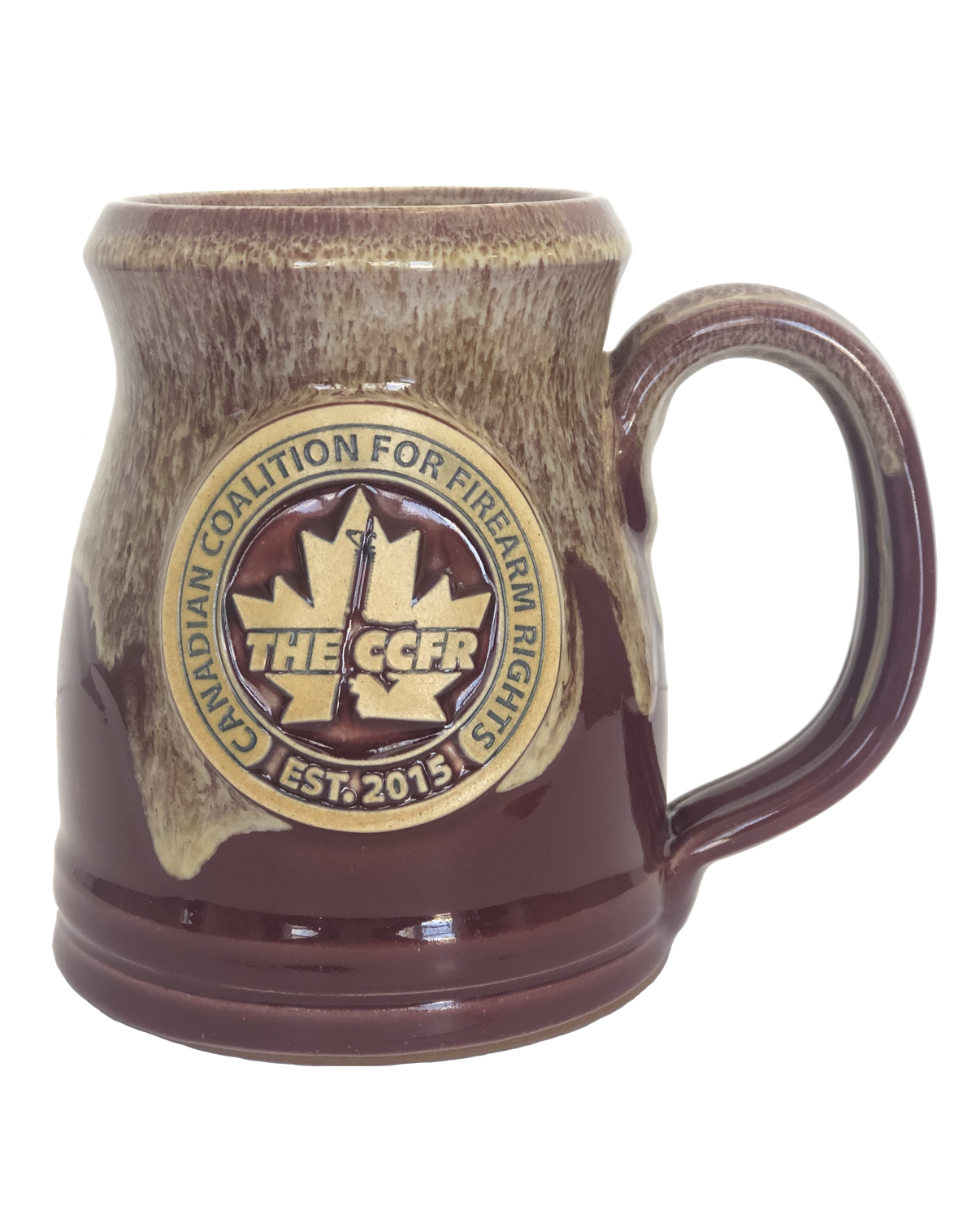 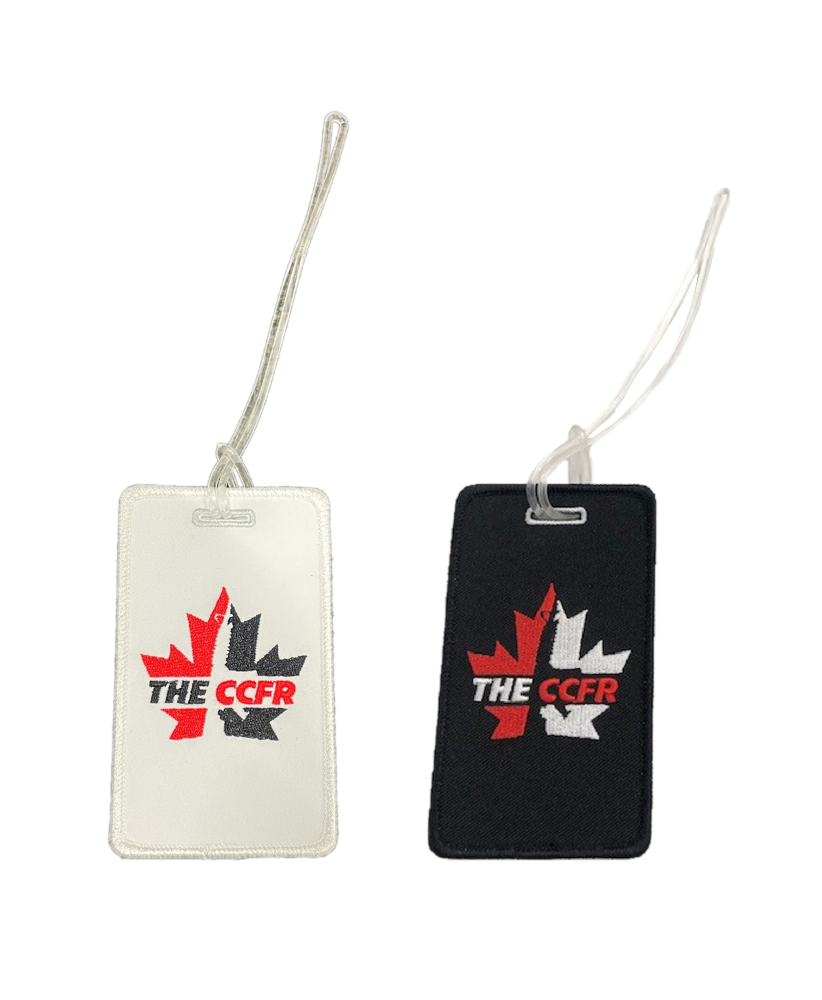 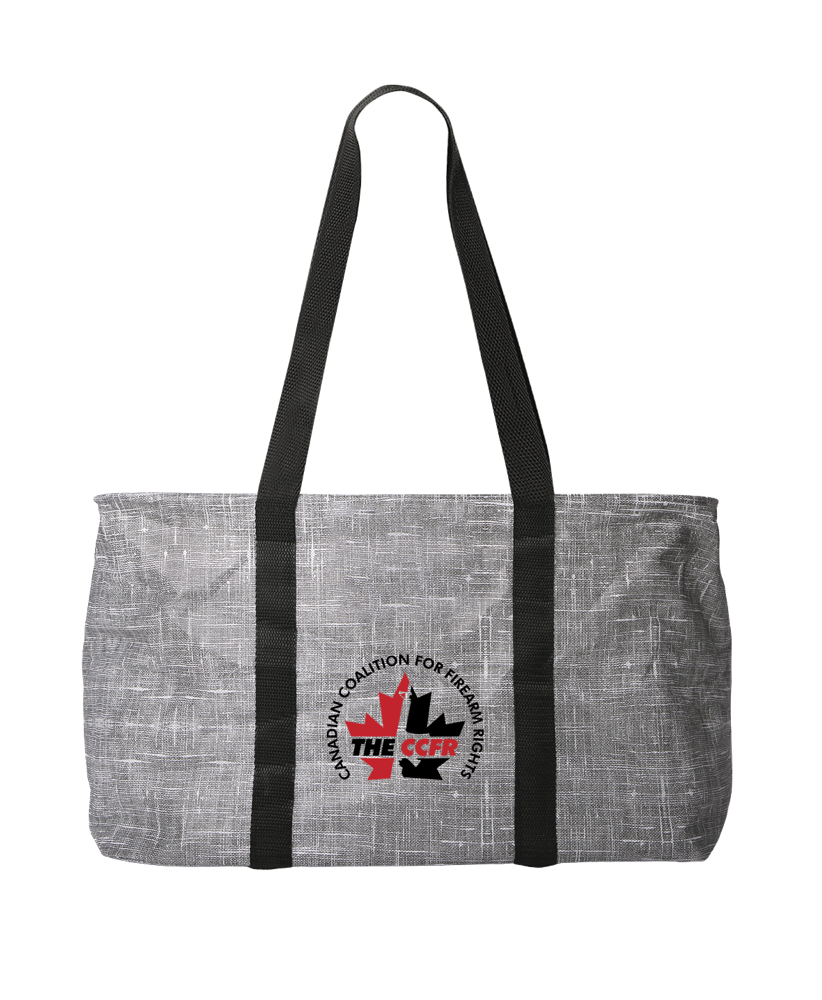 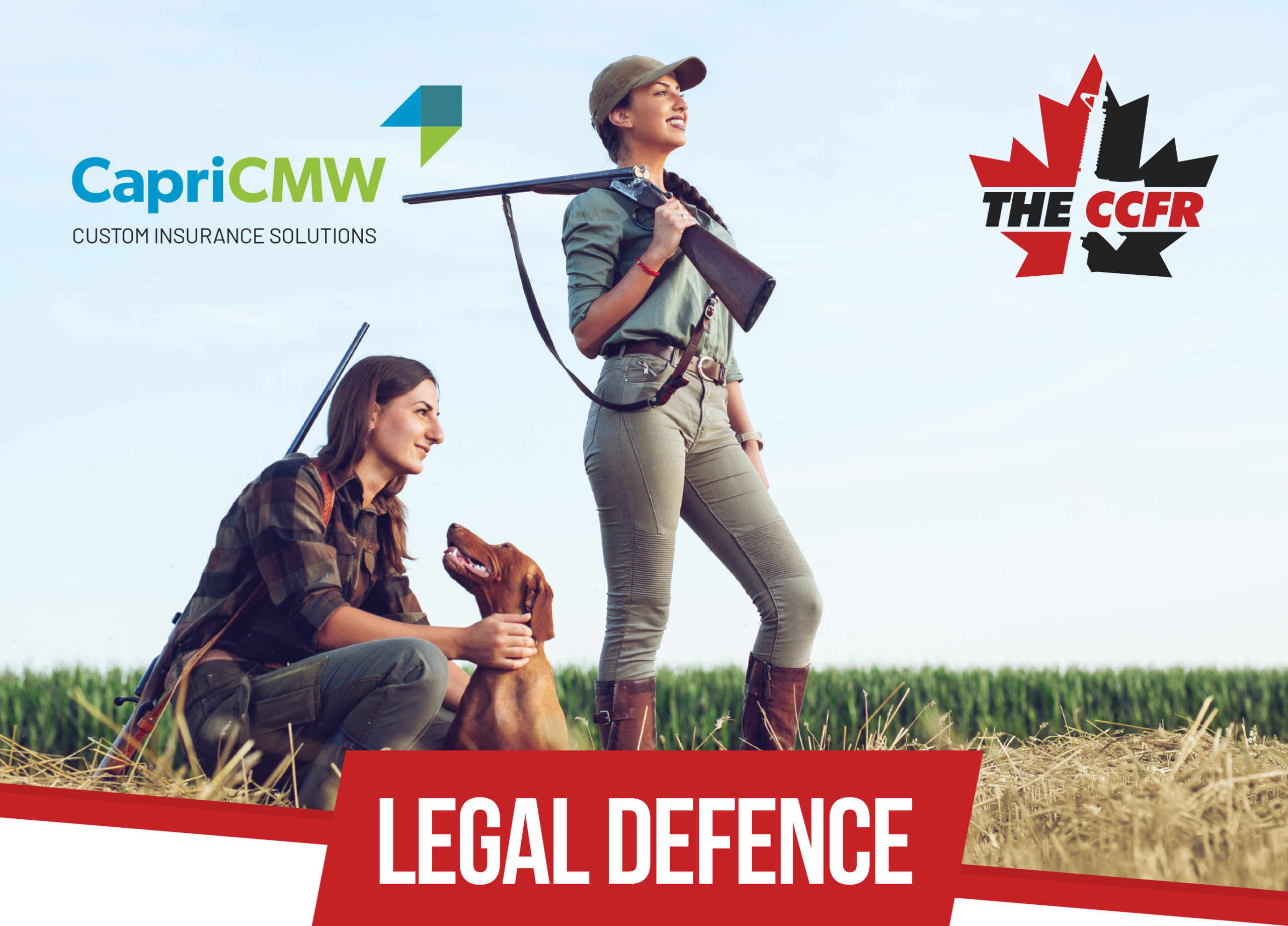